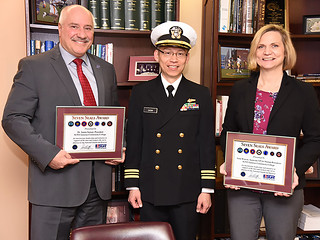 View on Flickr
2 months ago ago by Genesee Community College. 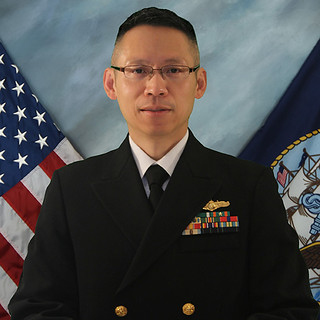 View on Flickr
3 months ago ago by Genesee Community College.

Batavia, New York - In 1972, the United States Department of Defense established the ESGR (Employer Support of Guard and Reserves) program to promote and recognize civilian employer support of Reserve Component Service members. Recently, two leaders at Genesee Community College are being recognized for their efforts in upholding that mission.

For more than 45 years, the ESGR has worked to foster a culture in which employers support and value the employment and military service of members of the National Guard and Reserve in the United States. Using a network of more than 50 committees comprised of 3,600 volunteers, the ESGR provides programs that help protect employment for enlisted employees, services to support families and opportunities to recognize significant employer support of an enlisted employee.

The ESGR has adopted the slogan, “Together, We All Serve,” and grants the Seven Seals Award in recognition of significant individual or organizational effort and achievement that supports a member of the Reserve or National Guard.

In his nomination, Chow wrote, “I have been part of the GCC team for 21 years and a member of the Navy Reserve for just over 16 years, during which time I’ve had to take leave for monthly drills and have been activated for deployment twice. Dr. Sunser and Ms. Weaver have consistently supported my service to this country and have worked to ensure I could continue.”

“GCC has always prioritized supporting the needs of our community which includes our staff and faculty, and of course, our country,” Dr. Sunser said. “We are proud of Barry and proud to extend our support to all of our reservists, active-duty personnel and veterans. It is an honor to receive the Seven Seals Award, however, the true pride lies in the strength and bravery of those who serve.”

For more information or photographs about the Seven Seals Award or the Patriot Award received by GCC in 2006, contact Marketing Communications Director Donna Rae Sutherland at (585) 343-0055 ext. 6616, or via email: dsutherland@genesee.edu.

A photograph of Lieutenant Commander Barry C. Chow is available at: