Controversy, Blues and a Beanstalk – Something for Everyone
Wednesday, December 11, 2019 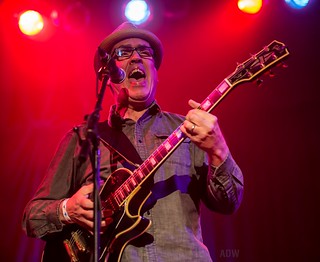 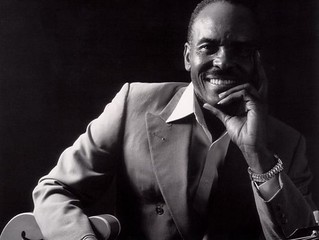 Batavia, New York - More and more, the traditional ribbon-and-bow-wrapped gifts are being replaced by the gift of shared experiences – such as tickets to events. Hence, the Genesee Center for the Arts located at Genesee Community College has announced its spring season line-up in time for the holidays. Spring 2020 brings a playbill fit to entertain everyone.

Excited to begin the season, GCC’s student performers, the Forum Players, will perform Doubt: A Parable, written by John Patrick Shanley, which won both a Pulitzer Prize and Tony Award in 2005. This performance is a brilliant and powerful drama which tells the story of Bronx school principal Sister Aloysius, who takes matters into her own hands when she suspects the young Father Flynn of improper relations with a male student. Shanley not only wrote the play, but he also wrote the screenplay and directed it as a film starring Meryl Streep and Philip Seymour Hoffman. GCC’s talented Forum Players will also bring this parable to life with four live performances, directed by Maryanne Arena and Jaime Arena, which are intended for mature audiences.

On Friday, March 27, 2020 at 7:30 p.m., the Stuart Steiner Theatre will host singer-guitarist Steve Grills and the Roadmasters. Originally from Rochester, N.Y., Grills’ music is deeply rooted in the blues tradition. He draws inspiration from the giants of blues guitar, such as Freddie King, Earl Hooker, Magic Sam and Albert Collins, among many others. As a special addition to the evening, fellow Rochester guitarist Joe Beard, originally from Ashland, Mississippi, will join the Roadmasters as an opening act. Beard has played many major festivals in the U.S. and Europe and was inducted into the Rochester Music Hall of Fame in 2017. He has released four albums to great critical acclaim.

Then, in May, the Forum Players return with a Children’s Theatre production of Jack, written by Mike Kenny. Kenny’s version of Jack and the Beanstalk, directed by Norm Gayford and Rob Reiss, adds a wonderfully creative and contemporary twist to the classic storyline. The production will open with Jack in a dinner pot awaiting his fate as the main course for the hungry giant. As Jack recounts how he found himself on the giant’s dinner menu, he talks his way out of the soup pot with a fun, humorous outburst that keeps audiences laughing and begging for more.

Take a magical journey up a beanstalk into an unknown world above the clouds and back again. This is perfect family fun for all generations.

A photograph of Steve Grills is available at:

A photograph of Joe Beard is available at: