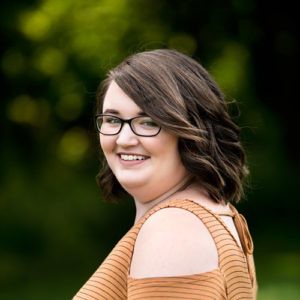 Deanna_Cameron
1 year ago ago by Genesee Community College.

Medina, New York - It is a rare occasion when a young adult knows exactly what they want to do as a vocation, and rarer still when he or she steps into that vocation while still in college. And, it is truly exceptional when a student who is still working toward her high school diploma takes the initiative to write and publish her first book of fiction. Welcome to the world of Deanna Cameron of Medina, whose first book, “What Happened That Night” was recently published by Wattpad Books after already accumulating 1.3 million reads from fans around the world through the online Wattpad.

“What Happened That Night” hit bookshelves in North America and Europe after being traditionally published through Wattpad Books in September, following its online success on ​Wattpad​. The global multiplatform company publishes original stories to a community of more than 80 million people who share and connect over fiction and nonfiction. “What Happened That Night” earned more than 1.3 million reads on Wattpad before being published by Wattpad Books.

The novel follows the story of Clara Porterfield, a teenager who grapples with the aftermath of the murder of her longtime crush at the hands of her older sister. It’s a twist-filled tale that tackles themes of sexual abuse, the price of secrets and the need for families to move on after tragedy strikes.

Author Cameron, goes by the Internet pen name of LyssFrom1996 on Wattpad. She is 23 years old and was homeschooled by her parents. She has been enrolled at Genesee Community College since 2017 and is currently finishing the coursework that will allow her to earn her high school diploma. Upon completion, she plans to declare a major in Liberal Arts and Science - Humanities and Social Science with a concentration in English to further her writing career.

Cameron is very willing to share her experiences about writing her book, successfully getting published and gaining an international fanbase. She can be reached at lyss74@zoho.com and she can often be found at GCC’s Medina Campus Center at 11470 Maple Ridge Road, Medina, New York.

Through her hard work and perseverance Cameron has earned a place in GCC’s Recognition Matters series which highlights the accomplishments of the College’s faculty, staff and students. Officials at GCC have embraced this series as a way to acknowledge not only the achievement, but the high quality of the recognized individuals who demonstrate GCC’s “beyond expectations” brand.

For further information regarding the events at either the Medina or Albion Campus Centers, contact Associate Dean Jim Simon at jsimon@genesee.edu or call 585-798-1688.

A photograph of Deanna Cameron is available here: