Tickets on Sale NOW for Biggest Production of the Season!
Friday, September 27, 2019 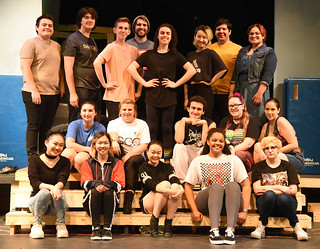 RockyHorrorCast2019.1
3 years ago ago by Genesee Community College. 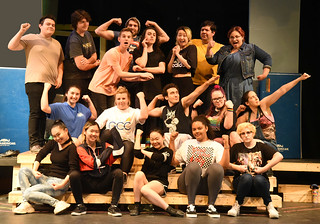 RockyHorrorCast2019.2
3 years ago ago by Genesee Community College.

Batavia, New York - The sets are being built, the costumes are being bloodied and now the talent has been cast! Brodie McPherson, director of the show and also GCC’s instructor of Theatre Technology released the cast list today for what promises to be GCC’s biggest theatre production of the season! GCC’s Forum Players Theatre Company will perform Richard O’Brien’s The Rocky Horror Show, Thursday, Friday and Saturday, October 17, 18, and 19, 2019 at 7:30 p.m. and again Sunday, October 20, 2019 at 2 p.m. in the College’s Stuart Steiner Theatre.

The Rocky Horror Show will feature GCC students representing many majors and four different countries, as well as a GCC alumnus. Audiences will enjoy the talent, style and a little craziness from following:

And playing Phantoms throughout the productions will be:

This show will take full advantage of all the high-tech sound and lighting equipment at the College’s state-of-the-art theatre. The full scene and costume shops provide dynamic sets, clothing and special effects to take this production over the top. In addition, special ‘Goodie Bags’ to be sold for $5 are in development as is some pre-show, intermission and post-show opportunities for the audience to interact with the cast.

“This show promises to be among the most memorable experiences not only for GCC’s Forum Players, but also for our audience and supporters. It really is not to be missed,” McPherson said. “Everyone should enjoy the perfect prelude to the Halloween season with a performance that is ‘out of this world!’ ”

Tickets for The Rocky Horror Show, performed by GCC’s Forum Players Theatre Company are $8 for adults, and $5 for seniors (55+) and students (16+) and GCC faculty/ staff. GCC students with ID are $3, and GCC alumni with ID will receive a $2 discount on an adult ticket. To reserve seats, contact the GCC box office today at boxoffice@genesee.edu or (585) 345-6814. Seating is limited and advance reservations are strongly advised. The show is designed for mature audiences only.

Photographs of The Rocky Horror Show cast, courtesy of GCC, are available at:

Members of the media are invited to enjoy a special 20-minute preview of the show on Thursday, October 3, 2019 at 5:30 p.m. with members of the Community College Faculty Council, a state-wide organization that will be holding its annual meeting at Genesee Community October 3-5, 2019.