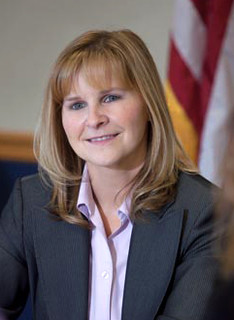 Garrett_Renee
9 years ago ago by Genesee Community College. 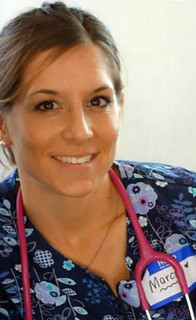 Lyons_Marcie
6 years ago ago by Genesee Community College.

Batavia, NY-The annual Discover the Stars celebration which brings together Genesee Community College scholarship recipients, donors and notable alumni, is scheduled for Monday, September 14, 2015 from 5 - 7 p.m. in the Stuart Steiner Theatre of GCC’s Batavia campus. Members of the College Board of Trustees, Foundation Board of Directors, College administrators, staff members, current students and community guests are all welcome.

As in year’s past, two notable members of GCC’s alumni base, now numbering more than 24,000 strong, will be the keynote speakers of the event. This year, Renee Garrett, superintendent of Forestville Central School District, and Marcie Lyons, surgical nurse at Strong Memorial Hospital will share a bit about their background and how their experiences at GCC helped launch their successful careers.

As superintendent Renee is known as an innovator and top-level communicator and is committed to the value of lifelong learning for students, staff and stakeholders. She has been active in community organizations, including Rotary and Kiwanis, and is a member of a number of professional organizations. She lives in Forestville with her husband, Mike and their rescue dog, Tess.

Marcie Lyons earned two degrees from GCC, Travel and Tourism, AAS in 2000 and she returned to the College to earn a Nursing AAS Degree in 2012. She was a member of Phi Theta Kappa, the honor society for two-year colleges, and she recalls former instructors Roxanne Holthaus and Eleanor Nixon of Nursing, and Dr. Jane Westin of Anatomy and Physiology as some of her favorite professors during her time at the College.
A native of Attica, Marcie has lived in various places along the east coast over the last 15 years. She earned a   Bachelor’s degree in Hospitality Management from Johnson & Wales in 2002, which took her to Orlando, FL where she worked for Disney and then for Darden Restaurants for eight years in the hospitality industry. Deciding to switch careers, Marcie felt it was important to be near family while heading back to school for nursing. GCC was the leading program when deciding where to attend nursing school. After earning her AAS degree from GCC, she went on to earn her BS in Nursing from SUNY Brockport. She is currently working as a surgical nurse at Strong Memorial Hospital.