Genesee Community College Honors May Employee and Student of the Month 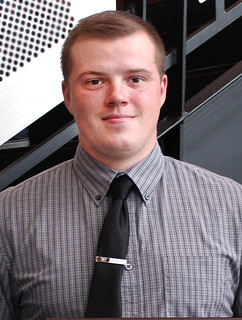 MattWebster
7 years ago ago by Genesee Community College. 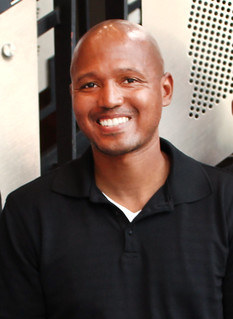 DarrellBittle
7 years ago ago by Genesee Community College.

Batavia, NY- Genesee Community College is pleased to announce Matt Webster has been named May 2015 Employee of the Month. Matt is a Campus Safety Officer at GCC. He earned his Associate in Applied Science degree in Criminal Justice from GCC and has been an employee for nearly two years.

In naming him Employee of the Month, the College commended Matt for his “outstanding contributions” during an incident on campus March 29, 2015. “We received a call from an outside law enforcement agency to be on the lookout for an individual,” Matt recalled. Matt conducted a search then received information about the person’s vehicle, searched further, and found it. “Matt’s tenacity in searching resulted in his finding the person’s vehicle which assisted police in ultimately finding the person,” the College noted. “There is no doubt that Matt’s actions had a positive impact on the case and the wellbeing of the person involved.”

Matt enjoys working on campus. “Serving the students and assisting them any way I can,” he said is his favorite aspect of the job. He is described as “always professional and willing to go above and beyond expectations.”

A native of Albion, Matt is the son of Sue Webster and Gregg Webster. Outside of GCC, he enjoys fishing, playing basketball and hockey.

Genesee Community College is also pleased to announce Darrell Bittle has been named the May 2015 Student of the Month. Darrell, from Rochester, is a non-traditional student. He graduated from Pittsford Mendon High School in 1996.

After being injured at a job Darrell, 37, returned to school at GCC looking for a new rewarding career. He graduated this May with degrees in Sport Management and Physical Therapist Assistant. His goal is to “find a career in Physical Therapy and help various clients with personal training experience.”

At the College he has served as a certified personal trainer in the Fitness Center. He has also excelled in his studies and is a member of the Phi Theta Kappa international honor society. Darrell contributed beyond the College as well as an assistant coach for track and field at Le Roy High School. “As a non-traditional student, Darrell is able to balance coursework, extracurricular activities, and family responsibilities. He is a positive role model for his peers.”

Darrell has appreciated the support he’s received at GCC and said his favorite aspect of attending the College is “caring and helpful professors and administrators that really want you to succeed.”

Darrell is the son of Cheryl Bittle. He has three siblings, LaShayla, Chad, and Donte.