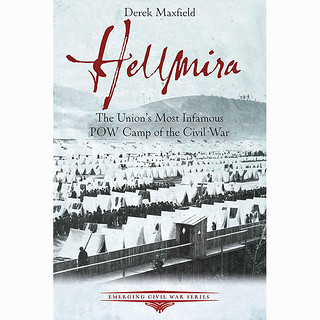 Hellmira
8 months ago ago by Genesee Community College. 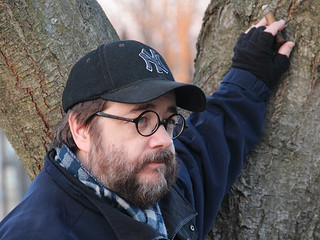 View on Flickr
2 weeks ago ago by Genesee Community College.

Batavia, New York - Genesee Community College Associate Professor of History, Derek D. Maxfield will be on C-SPAN Saturday, September 12, 2020 at 6 p.m. sharing what his research has uncovered about the excruciating conditions at a POW camp, right here, in Elmira, NY.

Maxfield became an expert on the subject while writing his first book, “HELLMIRA: The Union's Most Infamous Civil War Prison Camp - Elmira, NY” which explores this notorious time period in the history of Elmira.

In “HELLMIRA: The Union's Most Infamous Civil War Prison Camp - Elmira, NY” Maxfield contextualizes the rise of prison camps during the Civil War, explores the failed exchange of prisoners, and tells the tale of the creation and evolution of the prison camp in Elmira. Long called by some the “Andersonville of the North,” the prisoner of war camp in Elmira, New York, is remembered as the most notorious of all Union-run POW camps. It existed for only a year—from the summer of 1864 to July 1865—but in that time, and for long after, it became darkly emblematic of man’s inhumanity to man. Confederate prisoners called it “Hellmira.”

In the end, Maxfield suggests that it is time to move on from the blame game and see prisoner of war camps—North and South—as a great humanitarian failure.

“HELLMIRA: The Union's Most Infamous Civil War Prison Camp - Elmira, NY” is available through Amazon, Savas Beatie – and was released in July as an audio book as well.

Always interested in collaboration, Maxfield partnered with GCC’s Associate Professor of English Michael Gosselin who wrote an essay on Mark Twain as an appendix to the book. The essay, called "A Foretaste of Heaven: How Elmira Gave the World Mark Twain" is about Samuel Clemen's summer home at Quarry Farm where he wrote many of his most famous works. Maxfield’s “Hellmira” also features a variety of photos and images contributed by GCC’s Professor of English, Tracy Ford.

Since joining Genesee Community College in 2009, Maxfield has been actively involved in GCC’s campus community and dedicated to providing students with an exceptional learning experience. Described by many as a gifted storyteller, Maxfield has a way of reaching students in the classroom that is memorable. He incorporates applied learning, which gets his students beyond the classroom and experiencing the preservation of history on the ground, has created unique and engaging assignments, created new courses, and coordinates the GCC History Club's Historical Horizons Lecture Series which brings history to life for students and the College community. Maxfield was awarded a SUNY Chancellor’s Award for Excellence in Teaching in 2019, holds an M.A. in History from Villanova University and a B.A. in History from SUNY Cortland. He currently resides in Churchville, NY.

A book publication reception is being held at Roman’s restaurant in Batavia on Saturday, September 12, 2020 from 1 - 4 p.m. where anyone can come, meet Maxfield, purchase a copy of “HELLMIRA: The Union's Most Infamous Civil War Prison Camp - Elmira, NY” (for just $14.00) and even have it signed! Masks are required and social distancing guidelines will be enforced.

The publication of this book marks the second time Maxfield has appeared in GCC’s Recognition Matters series. Officials at GCC have embraced this series as a way to acknowledge not only the achievement, but also the high quality of the College’s recognized hfaculty, staff and students.

An image of the cover of Hellmira, is available at: http://marketing.genesee.edu/images/Hellmira.cvr.jpg

A photograph of author and GCC Associate Professor Derek Maxfield, courtesy of Jessica Scheuerman, is available at:  http://marketing.genesee.edu/images/DMaxfield2020.jpg