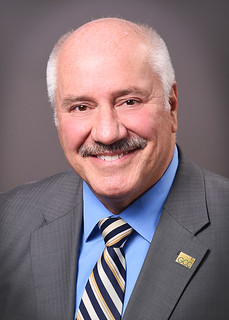 James_Sunser2020
2 years ago ago by Genesee Community College.

Batavia, New York - Earlier this week, Dr. James M. Sunser, President of Genesee Community College, was elected chair of the Middle States Commission on Higher Education (MSCHE). The announcement came with a full roster of the Commission’s Executive Committee and Officers, as well as its standing and advisory committee Chairs and Vice Chairs for the term January 1, 2020 through December 31, 2020.

MSCHE’s Executive Committee is comprised of seven members elected by the Commission annually, including the Chair, Vice Chair and Treasurer and its composition must include administrative, faculty and public representatives.

Dr. Sunser (a MSCHE Administrative Representative), has been President of Genesee Community College since August 2011. He was elected Chair of the MSCHE Commission after serving as Vice Chair in 2019 and he began his service in 2017 as one of 26 commissioners. During his service, he has helped MSCHE review its accreditation standards and recommended changes to the Commission’s accreditation processes and cycle. He has also served on the MSCHE Rebranding Committee that created a new messaging platform for the Commission.

The Executive Committee also includes Vice Chair Dr. Davie Jane Gilmour (Administrative Representative), president of Pennsylvania College of Technology since 1998; Treasurer Mr. David E. Hollowell (Public Representative), who was appointed to the Commission in 2013 and is in his second term as a public member; and Secretary Dr. Alan D. Mathios, (Faculty Representative), professor at Cornell University.

In total, eight first-term and four second-term Commissioners were welcomed to the MSCHE. Additional details and photos of each are available on the MSCHE website.

MSCHE is recognized by the U.S. Secretary of Education and the Council on Higher Education Accreditation to accredit degree-granting institutions which offer one or more post-secondary educational programs of at least one academic year. To earn and retain accreditation through MSCHE, each institution of higher education undergoes a multi-stage accreditation review process that begins with an intensive self-study with a specially appointed steering committee and many working groups. Institutions usually engage campus-wide discussions to prepare the comprehensive Self-Study Report which focuses on specific accreditation standards. This Report then frames a three-day site visit by an assigned evaluation team made up of members from peer institutions who compile an Evaluation Report to summarize findings and recommend any follow-up action for continued accreditation. GCC was successfully re-accredited by Middle States in 2018.

Dr. Sunser joins the team of academic leaders who help define, maintain and promote educational excellence across many institutions with diverse missions, student populations and resources. Prior to his appointment as a commissioner and an officer, he also chaired or was a member of evaluation teams within the peer-review process on more than a dozen occasions in the past 20 years.

“It is my honor to continue serving Middle States in this new capacity,” Dr. Sunser said. “The important work of this body impacts thousands of people every day, while continuing to refine and improve higher education in the Mid-Atlantic States.”

A photograph of GCC President James M. Sunser, Ed.D. is available at:

For previous News Releases on this matter go to: