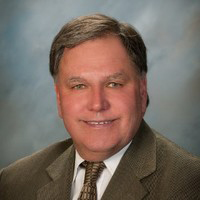 Robert_Bennett
2 years ago ago by Genesee Community College.

Bennett, a LeRoy, NY resident, earned an associate degree in Accounting from GCC in 1974 and then a bachelor’s degree in the same from SUNY Albany. He spent his entire career as a local entrepreneur and business leader until his recent retirement as vice president and sales manager after 26 years with Tompkins Bank of Castile.

In 2015, Bennett and his wife, Lori Bennett, served as co-chairs of GCC’s 2015 Encore Celebration with the theme: Nature’s Bounty: Roots to Bloom, which also raises scholarship funds. All of these voluntary efforts earned him an Alpha Medal of Service Award in 2015. In addition to his service to GCC, Bennett has been an active community member participating in the LeRoy Rotary, Genesee County Planning Board, Young Men’s Christian Association (YMCA), Genesee County United Way and so many more.

“How appropriate that Bob Bennett chairs the fifth annual Cougar Classic exactly five years after he received the Alpha Medal of Service at GCC’s Commencement ceremony,” remarked Vice President of External Affairs of Genesee Community College Justin M. Johnston. “In my short time at GCC, I’ve heard story after story of how Bob exemplifies what it means to be part of GCC. I look forward to working with him on this important scholarship scramble.”

The Cougar Classic Scholarship Scramble allows up to 36 foursomes for the 18-hole event at the esteemed Stafford Country Club. Registration includes 18 holes of golf, a golf cart, all beer and nonalcoholic beverages during play, lunch and dinner with a cash bar, and much more!

As an added bonus, this year, anyone not interested in golfing can participate in an all-new Bocce Tournament which will take place during the golf scramble at the Stafford Country Club. Mary Blevins and Jenna Holota, who also work together at ESL Federal Credit Union in Batavia, have teamed up again to share their expertise and co-chair the Bocce Tournament portion of the afternoon. Sign up details will be announced soon.

Most importantly, all proceeds from the entire Cougar Classic go directly to the GCC student scholarship program, making higher education possible for deserving students in our community.

Businesses and individuals looking to take advantage of GCC’s advertising opportunities and lock in sponsorship levels are encouraged to act early and contact Assistant Director of Alumni Affairs Jennifer Wakefield directly at (585) 343-0055 ext. 6265 or via email at jgwakefield@genesee.edu.

Exciting new event details and additional registration and sponsorship forms will be posted on https://www.genesee.edu/home/offices/alumni/alumni-events/cougar-classic/ or available by contacting Assistant Director of Alumni Affairs Jennifer Wakefield at (585) 343-0055 ext. 6265 or via email at jgwakefield@genesee.edu.