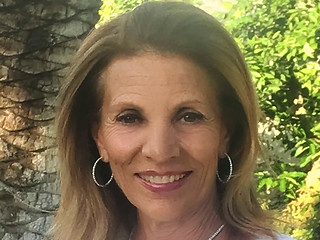 AntoinetteClancy
3 years ago ago by Genesee Community College.

Batavia, New York - Last month, Genesee Community College announced the beginning of its year-long celebration of the Nursing Program’s 50th Anniversary! During a special Tea and a Toast event the Director of GCC’s Nursing Program Laurel Sanger, Director of Development and Alumni Affairs Tammy Arneth, and Assistant Director of Alumni Affairs Jennifer Wakefield kicked off the program’s 50th year with several impressive announcements all stemming from one of GCC’s most substantial scholarship gifts to date.

The Antoinette Marchese Clancy Scholarship Fund and Excellence Award are both being instituted this year. Starting late this spring and continuing for another 50 years, a new scholarship opportunity will support GCC’s second year nursing students. The significance of this gift has allowed the College to name its School of Nursing after its largest benefactor, specifically, The Antoinette Marchese Clancy School of Nursing.

“It has been my honor to work with the Clancy Family to help them introduce an opportunity that recognizes and supports second year nursing students who have exhibited dedication and excellence in their first year of study, and promise to continue this distinction in their second year,” Arneth said. “The dream of helping the next generation of GCC nursing students has been very important to the Clancy family despite the many years and the physical distance between Mrs. Clancy and her alma mater.”

Antoinette Marchese grew up in Batavia and in 1970 graduated from Notre Dame High School where she had met her husband, Emmett Clancy. After working as a nurse’s aide at St. Jerome’s Hospital, she enrolled at D’Youville College, but transferred and graduated from GCC in 1974 earning the Nursing Excellence Award, an honor that is still very important to her. The Clancy family, now residing in California, has grown to include five children and 11 grandchildren throughout their 45 year marriage.

Earlier this year, Mr. Clancy contacted GCC exploring how his wife’s desire to help future nursing students could become a reality. He also wanted to recognize the hard work and dedication of his beloved. Knowing how much GCC and the Nursing Excellence Award means to his wife and inspired by her selflessness, Mr. Clancy worked with Arneth to establish two opportunities available to nursing students next year.

A formal recognition reception with the Clancys in attendance is also scheduled for Thursday, May 14, 2020 as a highlight of the 50th Anniversary Celebration of GCC's Nursing Program and the annual Nursing graduation ceremony.

A photograph of Antoinette (Marchese) Clancy, is available at:

For drone footage of the new sign highlighting the GCC’s Antoinette Marchese Clancy School of Nursing go to: https://drive.google.com/file/d/19IRnZegd_DlniabPhL_lnz4Z0uNapuUj/view?usp=sharing