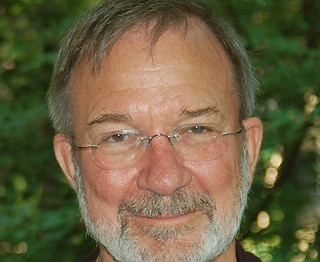 PeterAdamsALP
11 years ago ago by Genesee Community College.

Batavia, NY- Genesee Community College is pleased to host an Accelerated Learning Program (ALP) workshop designed to help English and Reading educators sharpen their teaching skills. On Friday, April 26, 2019, the conference will begin at 9 a.m. in room T119 of GCC’s Conable Technology Building at One College Road in Batavia, NY, and will feature Peter Adams, a life-long educator in higher education and the originator of ALP. The event is free and open to the public. (Paid lunches will be available in GCC’s cafeteria.)

The workshop schedule is as follows:

9:30 a.m. – Peter Adams will present an “Overview of Co-Requisite Models in use Nationwide”

After 36 years of teaching at the Community College of Baltimore County, Peter Adams retired in 2014.  Over the years, his responsibilities at CCBC have included coordinating the writing program, chairing the college's committee on general education, and chairing the English Department. In 1993, a longitudinal study he conducted revealed that only 33% of the students who were placed in the basic writing class one level down from first-year composition passed composition. Over the next decade or so, Adams developed, first, the concept of mainstreaming basic writers into first-year composition and, later, the model for redesign of basic writing now known as the Accelerated Learning Program (ALP). A Community College Research Center study in 2012 revealed that 74% of students who enrolled in ALP were successful in first-year composition, more than double the success rate under the traditional program.

For the past eight years Adams has travelled extensively around the country presenting on ALP to individual schools and to state-wide gatherings, and he has conducted faculty development workshops for schools that have decided to adapt the ALP model. As of fall of 2017 more than 300 schools are offering sections of ALP, and seven states have made large scale adoptions.

For more information, contact Director of English, Communication Arts and Transitional Studies, JoNelle Toriseva at (585) 343-0055 ext. 6627, or via email: jrtoriseva@genesee.edu.

Editor’s Note: A photograph of Peter Adams is available at: