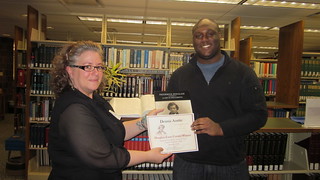 DennisAustin_Douglass2018
1 year ago ago by Genesee Community College. 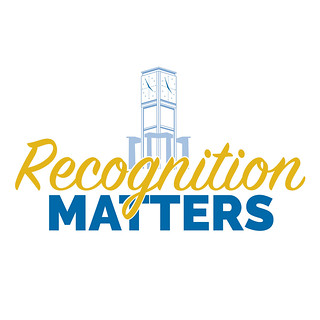 Recognition_Matters_logo
1 year ago ago by Genesee Community College.

Students were asked to prepare a 600-word essay addressing either a social injustice in today’s world or selecting anyone in the world to partner with to address a social injustice. In his essay, “Bridging the Gap: Ending Police Brutality,” Austin describes how the Slave Patrols enacted in 1704 and the Fugitive Slave Act passed by Congress in 1850, which both served to enforce slavery, have manifested the fears and prejudices underlying ongoing instances of police brutality against African-Americans today.

Austin discusses “early intervention and independent investigations” as critical components to resolving these centuries-old injustices. “I do believe that one day we will no longer be seen as pariahs by Law Enforcement in this country, but until that day arrives, I will work diligently in making sure that I and others, continue to confront and pushback against the systemic racism in our criminal justice system,” writes Austin. “This, like many other initiatives, is more than my life’s work. It is the continuation of a movement borne by Frederick Douglass, who fought to ensure that African-Americans could one day find themselves no longer chained.” Austin’s full essay is available on GCC’s Alfred C. O’Connell Library website at https://guides.genesee.edu/douglass2018/contest.

For his winning essay, Austin received a copy of “Frederick Douglass: A Life in Documents.” Austin plans to submit his essay for consideration in GCC’s 2019 Scholars Symposium in April.

The essay contest was held in conjunction with a larger Frederick Douglass Project at GCC which included guest lecturer and Douglass Scholar, David A. Anderson, Ph.D. from Nazareth College of Rochester, a traveling library exhibit from the Gilder Lehrman Institute of American History, and culminated with a live performance of Frederick Douglass by published author and impressionist, Nathan M. Richardson.

For his hard work and well-written essay, Austin has earned his place in GCC’s Recognition Matters series which highlights the accomplishments of the College’s faculty, staff and students. Officials at GCC have embraced this series as a way to acknowledge not only the achievement, but the high quality of the recognized individuals who demonstrate GCC’s “beyond expectations” brand.

Additional details about the Frederick Douglass Project at GCC are available at:

A photograph of Dennis Austin receiving his prize from Jessica Olin, director of the Alfred C. O’Connell Library, courtesy of GCC, is available at:  http://marketing.genesee.edu/images/DennisAustin_Douglass2018.jpg