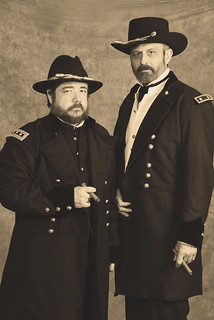 HH_MaxfieldandFord
4 years ago ago by Genesee Community College. 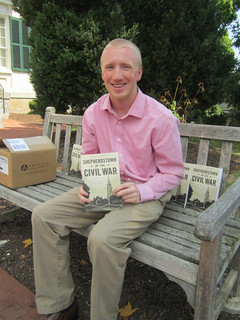 KevinPawlak
4 years ago ago by Genesee Community College.

Batavia, NY-  The History Club at Genesee Community College invites everyone to the Batavia campus on the first Wednesday evening of every  month this fall to witness the Historical Horizons Lecture Series.

The Fall 2018 line-up kicks off on Wednesday, September 5, 2018 at 7 p.m. with “The Jewels of War: Robert E. Lee, George B. McClellan and the Battle of Antietam” presented by the author of Shepardstown in the Civil War, Kevin R. Pawlak. The Battle of Antietam is America’s bloodiest single day. In totality, twelve hours of fighting on September 17, 1862 left approximately 23,000 casualties. During this lecture, Pawlak will assess the dramatic events of the battle from the unique perspective of the commanders on the field.

Then, on Wednesday, October 3, 2018 at 7 p.m. Pulitzer Prize winning professor of history from New York University, Steven Hahn will discuss his latest book A Nation Without Borders. This is an important reinterpretation of 19th Century America—a kind of coming-of-age story especially significant for its contribution to the scholarship on the Civil War period.

“A massive and masterly account of America’s political and economic transformation between 1830 and 1910 . . . Hahn describes his book as telling ‘a familiar story in an unfamiliar way.’ It is much more than that. Attempting a synthesis of a century’s worth of American history is a daunting task. Writing one as provocative and learned . . . as this one is a triumph, nothing less.” – David Oshinsky, The Washington Post

On Wednesday, November 7, 2018 at 7 p.m. David A. Bell, Sidney and Ruth Lapidus Professor in the Department of History at Princeton University, will present on his latest book Napoleon: A Concise Biography. In this work Bell emphasizes the astonishing sense of human possibility – for both good and ill – that Napoleon represented. By his late twenties, Napoleon was already one of the greatest generals in European history. At thirty, he had become absolute master of Europe's most powerful country. In his early forties, he ruled a European empire more powerful than any since Rome, fighting wars that changed the shape of the continent and brought death to millions. Then everything collapsed, leading him to spend his last years in miserable exile in the South Atlantic.

On Wednesday, December 5, 2018 at 7 p.m. in a unique presentation, GCC professors Derek Maxfield and Tracy Ford will present “Now we stand by each other always” – an engaging conversation between Generals Ulysses S. Grant and William Tecumseh Sherman. The two-man play is based on historic resources and references. Together, they recount the important meeting and conversation held at City Point, Virginia in March 1865 when the two Union generals discuss the campaigns in Georgia and the Carolinas and consider how to close out the Civil War.

All lectures in this series begin at 7 p.m. in room T102 of the Conable Technology Building. All lectures are free and open to the public.

A photograph of GCC professors Derek Maxfield and Tracy Ford, courtesy of GCC, is available at:

A photograph (courtesy of Richard Belisle) of Kevin R. Pawlak, is available at: