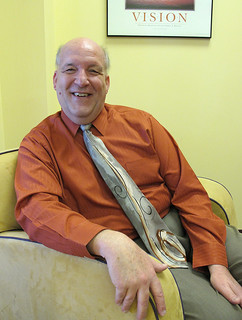 Cliff_Scutella1
11 years ago ago by Genesee Community College. 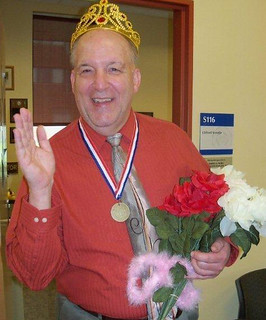 Cliff_Scutella_WithRoses
4 years ago ago by Genesee Community College.

Batavia, NY- Clifford “Cliff” Scutella has spent most of his professional life working with students. From his early beginnings as a program supervisor at Monroe Community College to his current role as director of Student Activities at Genesee Community College, Scutella has had an impact on hundreds of lives. With such an effect on so many people throughout the years, it’s no surprise that the Association for the Promotion of Campus Activities (APCA) recently recognized Scutella with a Lifetime Achievement Award, honoring him for great service to the hundreds, if not thousands of students he has worked with and supported through the many years.

“I am very proud and humbled by this recognition,” Scutella said. “For as long as I have been fortunate enough to work in the positions I’ve had, I have never felt as though I’ve worked a day it my life.”

Scutella is no stranger to earning praise from the APCA, having been named the National Advisor of the Year by the Association in 2012 and the Northeast Regional Advisor of the Year in 2011. He also received a State University of New York Chancellor’s Award for Excellence in Professional Service in 2003 an award given in recognition of consistently superior professional achievement and the pursuit of excellence. And, Scutella was also been hailed as Who’s Who in American Junior Colleges.

The APCA strives to promote campus engagement through quality educational experiences, affordable entertainment and community service initiatives. The Association hosts many annual leadership development workshops and conferences for regions and teams through the year and throughout the country. Last year, over 600 college or universities and more than 2,000 students and higher education professionals attended in APCA conferences and activities.

From 1969 through 1973, Scutella served in the United States Navy aboard the USS Enterprise.  Following his military service, he helped veterans obtain employment and further their education as a counselor for the Veterans Outreach Center in Rochester. He then worked as a program supervisor, student activities advisor and assistant director of Student Activities at MCC before moving to The College at Brockport where he held the role of alumni affairs director. Scutella began his time at Genesee in 1990 and has held the role of student activities director ever since. He was named the assistant dean for student life in 2006, a role he held for two years.

Cliff earned an associate degree from MCC before obtaining a bachelor’s degree in Liberal Arts and a Master’s Degree in Education from The College at Brockport. He is a member of the Association of College Unions-International (ACUI), the National Association for Campus Activities (NACA), College Student Personnel Association of New York (CSPA), Rochester Area Activities Directors (RAAD), and many other student and higher education groups. Cliff has volunteered his time for community service initiatives such as STOP DWI, Smoke Free, Planned Parenthood, Red Cross, Habitat for Humanity and Drug Free Communities. At GCC, his committee work supports student retention, strategic planning, the fine and performing arts, global education and in-service training.

Outside of work, Cliff enjoys spending time with his family, gardening and sporting events and activities which includes chasing around his eight grandchildren. He currently resides in Brockport

For photos of Cliff Scutella go to: