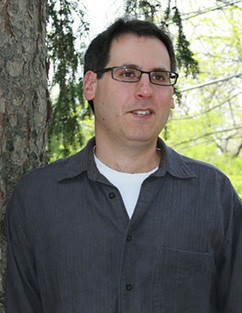 Stephen_Schottenfeld
4 years ago ago by Genesee Community College.

Batavia, NY- Noted author Stephen Schottenfeld will present a reading on Wednesday, May 3, 2017 at 12:30 p.m. in the Roz Steiner Art Gallery at the Batavia Campus of Genesee Community College.  Bluff City Pawn is Schottenfeld’s most recent work, published in 2014 by Bloomsbury USA. The story follows a Memphis, Tennessee pawnshop owner as he enlists his brother’s help in a scheme to acquire a valuable gun collection. Through the lives of three brothers, the book explores themes of class, family, race, ownership and loyalty during tough economic times where desperation and the drive to ahead dominant.

He also completed a story collection, Miss Ellen Jameson Is Not Deceased, and he is currently at work on his next novel. His stories have been published in various publications, including The Gettysburg Review, Virginia Quarterly Review and New England Review. His work has garnered a grant from the Michener/Copernicus Society of America, a Halls Fiction Fellowship from the University of Wisconsin-Madison, a Shane Stevens Fellowship in the Novel from the Bread Loaf Writers’ Conference, and special mentions in both the Pushcart Prize and Best American Short Stories anthologies.

JoNelle Toriseva, Creative Writing Club co-advisor and director of English, Communications & Media Arts, invited Schottenfeld to campus to share his work and creative process with students and the local community.

Additionally, Schottenfeld reads an excerpt from Bluff City Pawn at the Bread Loaf Writers’ Conference available at: http://www.nereview.com/2015/06/03/stephen-schottenfeld-reads-at-bread-loaf-approved/ and a 2015 interview on Fiction Writers Review is available here: http://fictionwritersreview.com/interview/an-interview-with-stephen-schottenfeld/

For a photograph of Stephen Schottenfeld, go to