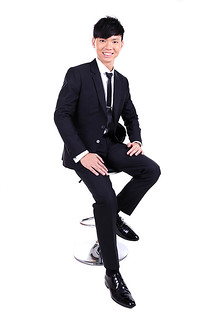 Darren_Tay3
5 years ago ago by Genesee Community College.

Batavia, NY- The Genesee Community College Multicultural Communications Club that partners with Toastmasters International will host a special evening to honor the diversity of its members and continue the celebration of the GCC’s 50th Anniversary. Scheduled for Saturday, April 8, 2017, this is the fourth ever East Meets West event which will be held at GCC’s Batavia Campus, One College Road, Batavia, New York. This year’s theme is the “Rainbow Connection.”

The celebration is scheduled to begin at 6 p.m. with an international buffet dinner served in the central William W. Stuart Forum, and the keynote address will be held in the Stuart Steiner Theatre. The evening’s event brings together the art of communication, diversity, musical theatre and an international food buffet. The cuisine will include sushi, Mediterranean medley, sesame chicken, custom fare from Mexico, India, Italy and beyond, plus an array of desserts. The buffet is being catered by American Dining Creations, GCC’s food service provider, and by Wegmans.

Several performing artists will add their talent and creativity to the East Meets West Rainbow Connection. Eleven-year old Brianna Collichio, from Spencerport, will sing the national anthem. Despite having cystic fibrosis which reduces her lung capacity, Miss Collichio’s uplifting voice cannot be silenced. She has sung the national anthem in front of 70,000 plus fans at the New York Jets game at MetLife Stadium, and for the Buffalo Bills. In addition, musical theater performances by the “a capella” quintet UPSCALE will entertain guests. UPSCALE, consisting of Rochester residents Marc Cataldi, Jason Mincer, Colin Pazki, Ashley Wegman and Matt Wegman, will offer something for everyone from their wide repertoire of musical theater experiences. Both current and alumni members of GCC’s Multicultural Communications Club will also help round-out the evening’s entertainment, while Caleb Nicodemus, GCC 2011 graduate, will be the Masters of Ceremony.

The main point of the evening is the keynote address by Darren Tay, Toastmasters 2016-2017 World Champion Speaker, to be held in the Stuart Steiner Theatre. Tay is the first Singaporean to win the Toastmasters International World Championship of public speaking, surviving several rounds of a competition that lasted six months and included more than 30,000 competitors from public speaking clubs around the world.

The 27-year-old lawyer and world’s number-one public speaker is the managing director and master trainer of the Public Speaking Academy, a company which he founded in 2009. His first book, Express to Impress was published in 2012 and became the best-selling book in Singapore. Darren is an award-winning speaker who specializes in topics of confidence building, increasing one’s influence and persuasive skills. He has spoken to more than 100,000 people during his career as a professional speaker and is a highly sought after keynote speaker, coach and trainer.

For many years, GCC’s Multicultural Communications Club has provided participants the opportunity to learn how to give impromptu speeches, present prepared speeches and improve their communication skills in a supportive environment, helping to remove the fear of public speaking. The East Meets West event celebrates the mosaic tapestry of different students who are or have been club members, as well as the diversity of students, faculty and staff at the College. The event exemplifies GCC’s 50-year history of focusing on student success. A portion of this event is being underwritten by the State University of New York grant that was awarded to the club by the SUNY office of Diversity, Equity and Inclusion.

Tickets for the East Meets West event are only available in advance, and will not be sold at the door. Adult tickets cost $30, GCC students, faculty and staff are $20, and children under age 12 are $10. To secure advance tickets, email the GCC Box Office at boxoffice@genesee.edu advising how many tickets you want to purchase and your telephone number; visit the GCC Box Office during open hours which are Tuesdays, Wednesdays and Thursdays from 9 – 3:30 p.m., or call the Box Office at (585) 345-6814.

For a photo of Darren Tay, go to: http://marketing.genesee.edu/images/Darren_Tay3.jpg