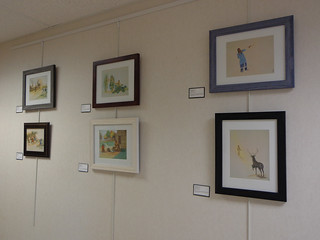 Indian_Art_Display
5 years ago ago by Genesee Community College.

Batavia, NY- Drug overdose is the leading cause of accidental death in the United States, and opioid addiction is the driving force behind this issue. Death rates from accidental overdoses have increased more than 600% in the last 10 years in the U.S. from prescription drugs and accidental overdose deaths have increased close to 500% in Erie County in one year. If you were in the presence of an opioid-related emergency, would you know what to do? On Monday, March 20, 2017, Horizon Health Services will host free Narcan Training at the GCC Medina Campus Center from 6:30 – 7:30 p.m.

A child who ingests an adult opiate painkiller prescription, an elderly person who forgets and takes too much of their opiate painkiller medication and a loved one who struggles with opiate/heroin addiction are a few examples of situations that can lead to an accidental overdose. Attendees of the training will learn how to recognize and respond to an opiate overdose, who may be at risk, and how to administer Narcan, a prescription medicine that blocks the effects of opioids and reverses an overdose.

Seats for the Narcan training will be limited and those interested in attending should call 585-798-1688 for reservations. Horizon Health Services Parent & Family Support Coordinator Colleen Babcock will lead the training.

GCC Medina also has on display 20 photos/prints from the Indian Arts Project, which was recently housed at the Rosalie “Roz” Steiner Art Gallery at the GCC Batavia Campus Center.

Before his death in 1955, Rochester Museum Director Arthur C. Parker created the Indian Arts Project to help his Seneca relatives and friends with federal funds from the Works Progress Administration. The program employed people of Tonawanda and Cattaraugus Reservations to recreate the objects of their everyday lives, building a collection for the Museum.

The display, which will be shown through the end of March, includes work from Freeman C. Johnson, a former member of the Tonawanda Band of Senecas and Wahbee tribe. He was involved in numerous community activities before he was killed in an automobile accident in 1969, and frequently gave speeches and wrote letters about legislation concerning the Native American. Johnson was instrumental in preserving Gannagaro, an historic sixteenth century Seneca Village, located in what is now Victor, New York.

Photo: For an image of the Indian Arts Project display go to: