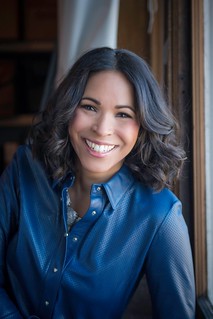 Helene_Biandudi_Hofer_Headshot_2015(1)
5 years ago ago by Genesee Community College.

Batavia, NY- Hélène Biandudi turned a fascination with the game 20 Questions and family dinners into an award-winning career. Her desire to be a journalist began at the age of eight in her make-shift production studio in her childhood home, and on Wednesday, March 8, 2017, she will visit Genesee Community College as part of the Fashion Business Program Speaker Series.

Hélène is an acclaimed journalist, documentary filmmaker and the host and producer of the PBS weekly news magazine show, Need to Know on WXXI Television in Rochester. Her desire is to shed light issues affecting the under-served and to connect cultures and communities through the power of story, and her work includes covering the first inauguration of Barack Obama, the death of music icon Michael Jackson, and the CBS/Vogue Fashion’s Night Out program. She previously worked at the CBS Primetime show 48 Hours Mystery in New York City where she contributed to several documentary specials for the network.

Among her current projects is The Empty Hanger, an original series created by Hélène, which uncovers and reveals the untold and often overlooked stories of the people who design, manufacture, tailor, study, wear, talk about and claim to be forever changed by clothing. The goal of the series is to challenge and expand how consumers view fashion choices and everyday dress by examining the varying degrees of impact and influence of clothing on our culture.

Don’t miss the chance to listen to Hélène Biandudi on Wednesday, March 8, 2017 from 1 – 2:30 p.m. in room T102 of the Conable Technology Building at the GCC Batavia Campus. The event is free and open to the public; however, seating will be limited. Those wishing to attend can RSVP by calling (585) 345-6830.

For further information on Hélène’s work and projects, visit her website at www.helenebiandudihofer.com.

For a photo of Hélène Biandudi please go to: