A Star Shines On Welcomes the Next Generation of Encore Enthusiasts
Monday, December 5, 2016 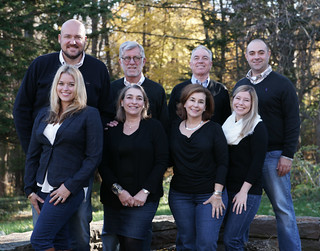 Encore_Chairing_Couples_2016
5 years ago ago by Genesee Community College.

BATAVIA, NY – To celebrate both the 25th Anniversary of Encore and Genesee Community College’s 50th Anniversary, the annual holiday gala welcomes the youngest generation and includes special opportunities just for children. For the first time, parents and grandparents, as well as aunts and uncles are encouraged to bring their children, grandchildren, nieces and nephews to Encore, entitled “A Star Shines On” and scheduled Tuesday, December 13, 2016.  The children will not only enjoy the holiday performance by the Buffalo Philharmonic Orchestra (BPO), but also a variety of child-friendly festivities that will be happening concurrently as adults revel in the annual holiday event.

The Children’s Corner will be located on the stage of the William W. Stuart Forum, and with supervision provided by the College, children will be engaged in an arts and crafts activity, watch a magician, and share in the magic of Encore’s enchantment. There will be a special children’s menu of scrumptious foods, and the children will be invited to join the Buffalo Philharmonic on stage in the final sing-along of favorite holiday songs. Additionally, families can remember the night by gathering together on the red carpeted “Enchanted Enclave” photo booth for free family portraits.

The multi-generation chairing committee including Glenn and Rosalie Maguire Simon, joined by Rosalie’s sister, Lucy Barnett and her husband Timothy; daughter Jessica Maguire Tomidy and her husband, Alan; as well as son, Andrew Maguire and his fiancée, Jamie Beswick are working through the final details of “A Star Shines On” to ensure it is a special night for all.

“Playing an integral role in the planning of the first Encore is a very fond memory for me and my sister Lucy. We are delighted to be bringing in the next generation for this significant milestone and also to be giving children a chance to experience the arts and this incredible event,” Maguire Simon said. “We specifically revisited the theme from 25 years ago, “A Star Shines,” and included the star logo and artwork designed by GCC’s late art instructor, Michael Powers.”

The event begins with a prelude sponsor reception at 5 p.m. in the lobby of the Stuart Steiner Theatre with the string quartet performing under the leadership of the new Genesee Symphony Orchestra conductor, S. Shade Zajac. Guests can also explore A Celebration of Native American Heritage Exhibition in the Roz Steiner Art Gallery with a diverse collection of regional artifacts from the Rochester Museum and Science Center and the Historical Club of the Tonawanda Reservation, artwork by Carson Waterman and Heritage Quilts by Faye Lone.

At 6 p.m., the dinner reception in the Forum begins with sensational food selections and a cash bar. After dinner, guests stroll through the College hallways to the Stuart Steiner Theatre for the BPO concert at 8 p.m. The musical program considers some of the younger members of the audience with music by Tchaikovsky, Handel and Humperdinck, and concludes with the traditional holiday, sing-along favorites. The children will be invited to join the Philharmonic on stage for this final piece of the program with a surprise and very special 25th Anniversary song to be announced that night!

The remarkable evening concludes with an exquisite dessert nightcap at 9:30 p.m. to be held in the Wolcott J. Humphrey III Student Union.

For reservations contact the GCC Foundation at (585) 345-6809 or via email foundation@genesee.edu.

Editor’s Note: For a photograph of the Encore chairing couples go to: