JoNelle Toriseva is becoming no stranger to recognition. For the second time this year, the GCC director of English, Communications and Media Arts and assistant professor of English has been honored for her writing.
Friday, October 14, 2016 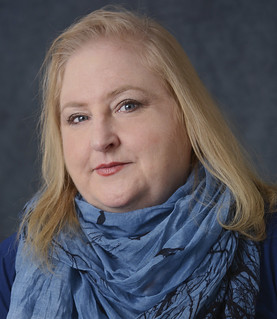 Toriseva_JoNelle
6 years ago ago by Genesee Community College.

Batavia, NY- JoNelle Toriseva is becoming no stranger to recognition. For the second time this year, the GCC director of English, Communications and Media Arts and assistant professor of English has been honored for her writing. Chosen as the Bill Holm Witness Poetry Contest Winner by Writers Rising Up in February, Toriseva was recently honored as the Patricia Goedicke Prize Winner by CutBank Literary Magazine, which selected her poetry as the award-winning submission.

“CutBank publishes interesting work,” Toriseva explained, “and it has been on my radar forever. Last summer the editor encouraged me to send in more work, so I did.”

Centered in Montana, the magazine features a different style of writing than something more mainstream. It has been the state’s foremost literary magazine for more than forty years, publishing two print issues a year of compelling poetry, fiction, and literary nonfiction by established writers and new voices alike. Global in scope, the magazine promotes a regional bias and takes pride in discovering and developing a fondness for new work.

“Maybe it has to do with the geography,” Toriseva said of the magazine’s ‘flavor.’ “I’ve been lucky enough to know many Montana rivers, and even fly-fished them. There’s nothing better than landing a rainbow trout. The beauty is overwhelming.”

The submission process included selecting a work that Toriseva was proud of and entering it into the magazine’s submission system. Although she assumed she wouldn’t hear anything, Toriseva was excited to receive a congratulatory email notifying her that her work had been selected.

“When I received the email, I was so happy! Even better, Oliver de La Paz, the judge for this year’s award, is a poet whose work I have admired since I read his first book,” Toriseva said. “It was thrilling to have him select my work for this award.”

JoNelle’s poems will be featured in CutBank 85, which will be printed this year. Published by the University of Montana, CutBank is managed by the Graduate Creative Writing program, one of the oldest and most prestigious in the country, which has shaped presences such as Richard Hugo and William Kittredge.

For anyone interested in Toriseva’s work, Writers and Books is sponsoring a reading at the Nox, 302 Goodman St. N in Rochester on Saturday, October 15, 2016 from 5 – 6 p.m. Additional details can be found at http://www.noxcocktail.com/event/reading-dorothy-albertini-jonelle-toriseva/.