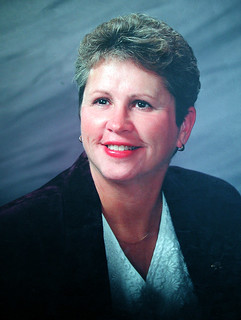 laurie_miller
16 years ago ago by Genesee Community College.

The unique honor is bestowed on trustees who exemplify extraordinary leadership and achievement in their roles. The award is not given annually, and when it is given, NYCCT leaders honor trustees who have made significant contributions to their own colleges as well as the network of 30 community colleges across New York State.

The award was created in 1986 in honor of the late Anne Bushnell, a long-serving trustee of Ulster Community College. Besides her service to Ulster, she was an early member of the Association of Boards of Community Colleges (forerunner organization to NYCCT) and she served as president of the association. She was known throughout New York State for her vigorous support of community colleges, and served as a mentor to many community college trustees across the state.

Ms. Miller has served as a GCC trustee since 2000. She has served as chair of most board subcommittees, as well as two years as Board of Trustees chair. Ms. Miller and her husband, Charles, are residents of the Alexander area and have spent their careers in agriculture. She has been involved in numerous volunteer activities over the years, including 4-H, Cornell Cooperative Extension, the Batavia Senior Center and statewide agricultural committees.

“Trustee Miller has given of her time, skills and energy for many years to our College, and she has done so in a spirit of quiet, humble generosity,” President James M. Sunser said after learning of the award. “Laurie has a deep personal commitment to our community, and to the needs of future generations. Her work as a member of the Board of Trustees has already touched a generation of students, and will influence generations to come.”

Genesee Community College has been known throughout the United States for its dedicated and skilled trustees. Ms. Miller is not the first GCC trustee to be honored with the Anne M. Bushnell Memorial Award.  Former Trustee Melvin J. Wentland was honored with the prestigious award in 2006.

The ten-member all-volunteer Board of Trustees is the governing body of Genesee Community College.

In other business Monday evening, the Board of Trustees:

Editor’s Note: For a photograph of GCC Trustee Laurie Miller, please go to: