GCC Center for the Arts Announces Fall Schedule of Events 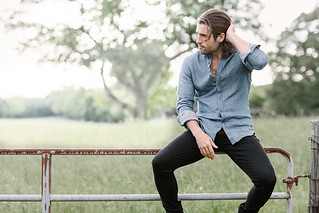 Austin_Moody
5 years ago ago by Genesee Community College. 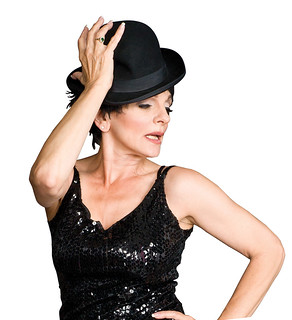 Laura_Roth
11 years ago ago by Genesee Community College.

Batavia, NY- Variety show entertainment, country music and a William Shakespeare classic will highlight the schedule of events in the Center for the Arts at Genesee Community College this fall. The recently-released lineup once again offers a wide range of entertainment for the whole community. All are welcome to attend the programs, which are listed in chronological order with all performances in the Stuart Steiner Theatre at GCC’s Batavia Campus.

The season will commence with a visit from Laura Roth, who has intensely studied the likes of Cher, Dolly Parton, Judy Garland, June Carter Cash, Liza Minelli and many more. She brings her incredibly convincing impersonations in the “The Laura Roth Variety Show,” on Friday, September 9, 2016 at 8 p.m. Roth has appeared on radio, television and the stage in a variety of singing and acting roles. Regarded as a versatile artist and comedienne, she has performed extensively in the United States, including Manhattan off Broadway and in well-known clubs, as well as in London and Paris, and as a featured artist with a symphony orchestra. Audiences of every stripe have enjoyed her remarkable range. Laura produces and stars in a number of shows transforming herself into some of the greatest entertainers of the 20th century with extraordinary period costuming from her personal vintage collection or designed specifically for her. Come see what Show Business Newspaper calls, “one of the world’s leading cabaret singers.”

GCC students will enjoy getting up close and personal in a student workshop scheduled on Thursday, September 8, at 2 p.m. in the Stuart Steiner Theatre.

On Wednesday, September 21, 2016 at 7:30 p.m. Austin Moody’s country music tour makes a stop at GCC. Moody is a self-taught singer/songwriter and wrote his first song at the age of 15. While many country music artists work hard to legitimize their country roots, Austin doesn’t need to try. Everything about him is country. Born in Kingsport, Tennessee, Moody followed the advice of some influential people and packed up for the Music City at 18 where he has since worked with some of the city’s most respected and accomplished music veterans, including singing and songwriting advisor D. Vincent Williams.

The Genesee Community College’s Forum Players with bring William Shakespeare’s “A Midsummer Night’s Dream” to the stage in late fall with shows on Thursday, Friday and Saturday, December, 1–3 at 7:30 p.m. and again on Sunday, December 4, 2016 at 2 p.m. As one Shakespeare’s most enduring comedies, “Midsummer” portrays lovers and fairies, commoners and aristocrats, and those who would try to arrange everybody’s lives. “The course of love never did run smoothe,” a Shakespearian quote that sums up the show quite succinctly.

It’s never too late to look ahead and there are a number of can’t miss events already scheduled for the spring of 2017. Stone Row, the Celtic and World Music group with a contemporary edge returns to GCC on Friday, March 31, 2017 at 7:30 p.m. Following their performance, there will be an opportunity to meet and greet the band.

Tickets for all shows are $8 for general admission, $5 for GCC Faculty/Staff, Seniors 55+ and Students 16+; $3 for GCC students; and GCC alumni receive a $2 discount. For ticket reservations or general information, contact the Genesee Center for the Arts box office at (585) 345-6814 or via email: boxoffice@genesee.edu.

For further information on Laura Roth go to: https://laurarothmusic.wordpress.com/

For further information on Austin Moody go to: www.austinmoody.net.

An image of Austin Moody is available here: http://marketing.genesee.edu/images/Austin_Moody.jpg