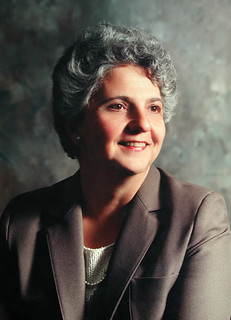 Bohm_Laura
15 years ago ago by Genesee Community College.

Batavia, NY- On Monday, July 11, 2016, Laura J. Bohm was elected chair of the Genesee Community College Board of Trustees for 2016-2017. Her appointment as chair begins at the first meeting of the 2016 -2017 year at the August board meeting. Ms. Bohm has most recently served two one-year terms as vice chair and succeeds two-term chair, Diane D. Torcello.

Ms. Bohm was originally appointed to the College’s Board of Trustees by Gov. Mario M. Cuomo serving a nine-year term from 1986 until 1995. During that time she served as board chair from 1992 to 1995. Her more recent gubernatorial appointment was made by Gov. Andrew M. Cuomo in 2008 for a seven-year term, and she was reappointed for a second seven-year term running from 2015 until 2022.

Her service goes well beyond community colleges as she has supported the local community through extensive volunteer work and leadership by serving as chair or a member of the United Way Board of Directors, the Batavia City Youth Bureau, Habitat for Humanity, The Paolo Busti Italian Cultural Foundation, the Franciscan Sisters of the Divine Child, the Board of Directors of Birchwood Village in Batavia and the Batavia School Board. Bohm also was a commissioner for the Batavia Housing Authority.

The other Board of Trustee appointments at the monthly meeting included Donna M. Ferry as vice chair, and Peter R. Call as secretary.

Editor’s Note: A photo of Laura Bohm is available at