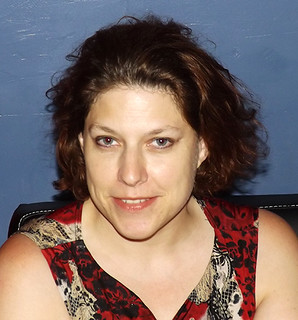 Rhonda_Parker2016
7 years ago ago by Genesee Community College.

Batavia, NY- The Genesee Community College Center for the Arts will welcome Beaver Alley Studios Inc. and the Western New York Film, Art and Music Event (FAME) from Friday, August 12, 2016 until Sunday, August 14, 2016, for a three-day festival that will include local and international films, performances, art displays, educational workshops, vendors and networking.

As film makers, FAME understands the burden of high festival fees and the frustration of low audience turn out. The group keeps fees low and has created an event with mass appeal. The festival treats film makers, musicians and artists like celebrities with an audience Q&A or panel discussion and encourages active audience participation by allowing attendees to choose some of the awards. Festival goers can also take a break to get food, browse vendors, sit in on workshops, or join in the music festival fun.

Beaver Alley Studios Inc. is a nonprofit organization established for the purpose of facilitating the production, promotion, distribution, exhibition and celebration of independent art in all forms, especially art from a female perspective.  The organization offers services such as screenwriting and script consultation, cinematography, editing, film reviews, film school, and packages for events, commercial use, music videos and short films.

The festival schedule is as follows (subject to change):

The mid-August festival at GCC has already received nearly 300 film, music and photography entries from all over the world. The deadline for submissions is June 15, 2016. The organization is also seeking workshop presenters, sponsors and vendors. Vendor tables cost $100 for three days, but are discounted to $75 if booked by June 30th.

Tickets for the event are available on a per-block or workshop basis all the way to full VIP all-access. Tickets range from $10 – $60 and more information can be found on the festival Facebook page and the Film Freeway website: http://www.facebook.com/WNYAFAME/; http://filmfreeway.com/festival/WNYFilmArtandMusicEventFame. The contact phone number is 585-798-2815 or email: rhonda@beaveralleystudios.com

Beaver Alley Studios Inc. was founded by Rhonda L. Parker, a recent GCC graduate who earned degrees in Communications and Media Arts and as well as Paralegal Studies. She graduated with President’s List Honors earning a GPA of 3.75 or higher. A resident of Albion, New York, Rhonda is an active filmmaker and produced the full length movie, “Friends Don’t Let Friends - Date Friends” in 2014. She has also written and produced the feature films “Lonely Bananas”, “Message in a Bottle”, a number of short films, and appeared as a ‘Walmart mom’ in a television commercial.

“We are very excited about hosting an event like no other,” Rhonda said. “Three days of regional and international films, performances from local singers and songwriters, art displays, educational workshops—and of course, the all-important networking giving all attendees the opportunity to explore, exchange and share ideas and inspiring artists to continue their work.”

Anyone under the age of 18 will not be admitted without an adult and children must be supervised at all times.

A photograph of Rhonda Parker is available here: