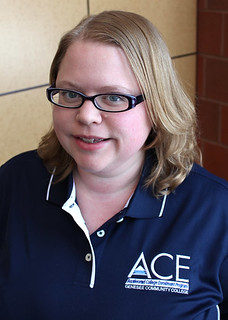 Employee of the Month, Karlyn Finucane
8 years ago ago by Genesee Community College. 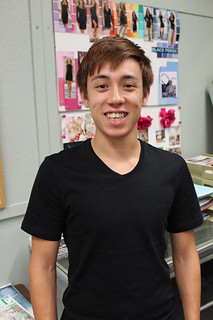 Student of the Month, Jamie Tyrrell
8 years ago ago by Genesee Community College.

Batavia, NY- Genesee Community College is pleased to announce Karlyn Finucane has been named March 2013 Employee of the Month. Karlyn is a native of Akron, NY. She currently lives in Lancaster with her husband Tim and children Shaun and Teagan.

Karlyn has been a program specialist with the ACE (Accelerated College Enrollment) staff at GCC for nearly two years. She has also served as an adjunct instructor in the MSCE (Math, Science, Career Education) Business Division since Fall of 2009.

In awarding her employee of the month, the College noted that Karlyn “demonstrates dedication, creativity, and innovation in her work.” She developed and implemented the Math Science Prep (MSP) Program for area 7th and 8th graders. The program provides gifted students with STEM (Science, Technology, Engineering, Math)-oriented education and the opportunity to earn an associate’s degree almost as soon as they complete high school. The first cohort of MSP students is on its second successful semester and there are more than 70 students ready to begin the program next year. She is also developing a math summer program for middle school students, “Middle School Math Survivor.”

Karlyn is inspired by the work environment at GCC. She sees “the unlimited learning potential created when one is surrounded by people committed to educational excellence.”

Prior to her work at GCC, Karlyn served as business manager for the Akron Bugle newspaper. She also worked in the Akron Central Schools as Community Education Director, writing grants and coordinating enrichment activities. She has worked in human resources and run her own consulting firm.

Genesee Community College is also pleased to announce Jamie Tyrrell has been named the March 2013 Student of the Month. Originally from the London, England borough of Enfield, Jamie found GCC through his passion for football (soccer), business and fashion. “I decided to get out of my bubble and take on new challenges to further develop myself and grow as a person,” Jamie said of his decision to come to the U.S. He is studying Fashion Merchandise Management.

At GCC, Jamie plays on the soccer team, which reached the NJCAA national final. In addition, he has built an outstanding academic record. His positive attitude, leadership skills and consistent follow-through on projects has benefitted the many things with which he’s been involved; including DECA Club, College Village as a Resident Assistant, the GCC Fashion Advisory Board and the Fashion Blog. He is project manager for the Fashion Program’s 32nd annual Spring Fashion Show, Fashion Forward. Last year, he served as commentator for the show “Soiree”.

“My interest in fashion was sort of an accident,” Jamie said. He began college in England as a Mechanical Engineering major but fairly quickly realized it wasn’t for him. About the same time he took a job at a men’s clothing store to earn some “pocket change”. The store was launching a website, which provided an opportunity for Jamie. “By working both smart and hard, I was made manager of the website by the time I was 21.” He found he enjoyed fashion. Jamie has also enjoyed the cultural differences he’s encountered here in the United States and finds the people at GCC to be very friendly.

Jamie, who will celebrate his 25th birthday on April 1st , graduated from The Latymer School in 2006. He has a diverse background. He is the son of Sayoko and Frank Tyrrell and has one brother, William. His mother is Japanese.

After graduation, Jamie hopes to work in New York City. While pursuing the field of Fashion, Jamie lists as his dream job “philanthropist.”

Editor’s Note:
A photograph of Karlyn Finucane is available at:
http://marketing.genesee.edu/images/Karlyn_Finucane.jpg

A photograph of Jamie Tyrrell is available at:
http://marketing.genesee.edu/images/Jamie Tyrell.jpg